Posts which reflect the entire state of Illinois and/or more than one county. 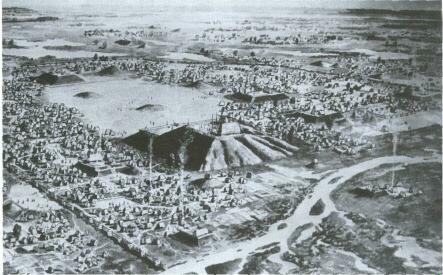 Just south of where the Missouri, Illinois, and Mississippi rivers of North America converge, there is a 175-square mile area of flat lands that extends from Alton, Illinois, south to the Kaskaskia River. Its western boundary is the Mississippi River, and the eastern boundary is a range of rocky bluffs stretching from one to seven miles from the river. This area is known as the American Bottom. The American Bottom includes seven different regions. The largest, in the central and southern parts of the American Bottom, is the ridge and swale region consisting of linear ridges of sand and long narrow swales of clay. The other six regions are the alluvial fan region, lake region, tributary Meander Belt, terrace region, aggraded cut and fill region, and the East St. Louis rise.